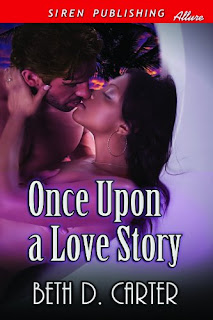 Caleb Tasker lost his wife to cancer but it took him a long time to put her memory to rest.  Deciding he needs a vacation, he accepts the gracious invitation of living in his friend’s home for an over due holiday.

Delilah Ward grew up in rural and ran away when she was sixteen, moving to with thoughts of being anything but the person she was born to be.  But reality settled in quickly and the bright lights of soon faded into the dark abyss of dancing on a darkened platform.

“I’m going to head to the bar,” Jake said.
“You go ahead,” Caleb replied. “I want to check out the stage.”
Jake grinned and disappeared into the crowd. As Caleb began to head toward the stage he happened to glance to his right and saw a beautiful African-American woman giving out beer to passing people. Even in the low light he could see disdain in her eyes as she smiled at the man standing in front of her. She held out a cold beer plucked from the icy casket in front of her, twisting off the cap with a deft flick of her wrist. She wore a one-piece bathing suit, scarlet red and cut high on the side, showing off her gorgeous long legs. Her black hair fell in a straight curtain past her shoulders and a silver headband held her bangs back. Her dark skin glistened under the overhead lights.
The man stuck a dollar in a tip bucket as he walked on, taking a long drink from his beer. The woman said thanks, and as she turned, the fake smile immediately slid from her lips. Before he knew what he was doing, he had walked over to where she stood passing out beer.
“Would you like one?” she said, the fake smile falling back into place.
“Sure,” he answered.
She popped the top and handed him one. When he took it, she turned back to look at the crowded room as if waiting for him to go. Only Caleb didn’t leave. He moved to the side as a couple more people came up to get beer.
“My name is Caleb,” he said, once they were alone again.
She flicked a cautious, hesitant look at him and flashed that impersonal smile.
“I’m sorry for lingering but I don’t know anyone here,” he went on. “And you seem to hold the monopoly on manly drinks.”
“‘Glass after glass you drain to quench his thirst,’” she quoted.
“‘Each glass contains a spirit like the first,’” he quoted back without missing a beat and he could tell he impressed her when her mouth dropped open.
“You know Ella Wheeler Wilcox?” she asked in disbelief.
“Yes. Why is that a surprise?”
She shifted back and looked him up and down. Caleb found himself strangely aroused by her perusal. “Pardon me for saying, but you don’t look like a man who quotes female poets.”
“What kind of man do I look like?”
She pursed her lips. “I don’t know. A lumberjack?”
Caleb scratched his beard and smiled. “Close. I’m a forest ranger, actually, from .”
A man walked up and the woman opened a beer before handing it over with a flirty smile. The man winked at her, nodded at Caleb, and walked away. And as soon as he was gone the brightness of her face drained away.
“What’s your name?” he asked.
“Candy,” she answered immediately.
“Really? Well, okay.”
“What’s wrong with my name?”
“You don’t look like a Candy.”
She raised a sculptured eyebrow. “What do I look like?”
“Something classical, with maybe a touch of exotic.”
She cocked her head and stared at him. Caleb had the distinct feeling that she was sizing him up, making some type of monumental decision. “Delilah,” she finally said, slowly, as if she still wasn’t sure she wanted to tell him. Then she gave a rueful laugh. “I don’t usually tell men my real name.”
That confused him. “Why?”
Another man walked up and a smile lit up Delilah’s face for the time it took to hand him a beer. When the man walked away, like before, the smile faded from her lovely face.
“Candy is my working name,” she told him abruptly.
“This work?”
She shrugged and made a sweeping gesture with her hand, encompassing the whole room. “Weekend work. Pays well, I can keep my clothes on, and I’m home by ”
A hideous thought entered his mind. “Are you trying to tell me that you, ah, you’re a…”
She seemed to take grim amusement when words failed him. He saw her shoulders straighten as she stiffened her spine. Her dark eyes watched him, appraising him, and for some reason Caleb felt like he was on trial.
“I’m a stripper,” she told him bluntly. “At The Pink Pony. Monday through Friday. Stop by if you’d like.”