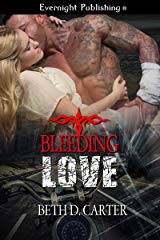 Q) What’s your story about?

It’s an apocalyptic story set in the desert. There are groups of humanity, and it’s about a woman who’s entrusted to deliver a sacred article to her convent. But she’s taken by a man who struggles with his morality.

The hero of the story, Ares, was particularly hard to write, because I wanted him to be bad, but also good. So it was a fine line to straddle.

I watched a lot of apocalyptic movies!

That it won a Reader’s Choice Award! That means it really resonated with readers and honored it with a vote. I’m so humbled!!!

I usually write linear. However, I sometimes roughly outline a scene that’s in my head before I lose it.

I’m self-publishing my Love Story series. This was previously published with Siren Bookstrand and I took back the rights, rewrote and edited, and have it for presale right now at Smashwords.

At the top of the landing, he halted and turned to face her.  Faith’s heart once again pounded at the heat in his dark gaze.  He traveled his hands around to her behind, gripping her cheeks until he picked her up.  “Wrap those pretty legs around my waist.”

She did as he asked, although she didn’t know why she was so compliant with his demands.  He walked with her through the hallway to their room.  She didn’t even notice the décor as she stared into his eyes, which were no longer cold and unfeeling.  Instead, he looked at her with a sharp hunger.  A call deep inside her body answered, rocking her soul. What was happening to her?

They entered a bedroom and he kicked the door shut behind him.  He sat down on the edge of the bed with her still wrapped around him.  Ares curled his hand into her hair and pulled her head back so he could lick up her neck.

“For the next five days, this is our room,” he said in a deep voice.  “I don’t want you to leave here.  You bathe, and you make yourself pretty for me, and when I come back after my business, you and I will finish this little dance.  You understand me, Faith?”

He claimed her mouth again, once again making all her thoughts disappear.  All she could do was hold on to the rush as he plundered her mouth with his tongue.  Tingles sparked through her. She was so close to something monumental, but before she could even begin to explore it, he pulled back.  Gently he stood back up, holding her like she weighed nothing, and laid her down on the mattress.  He smoothed out her hair until it fanned around her head.

“You’re mine, Faith,” he said thickly.  “I’m your protector now, which means my cock is the only cock you’ll know.  Any other man touches you, and I’ll kill him.  If someone tries to help you escape, I’ll string him up by his balls.  I may be a bastard, but I won’t hurt you unless you try to leave, touch another man, or put yourself in danger.  Then I’ll spank that gorgeous ass of yours until you can’t sit for a week.  Do you understand?”

Where to Buy: EVERNIGHT * SMASHWORDS * AMAZON