In Dreams by Z.A. Maxfield 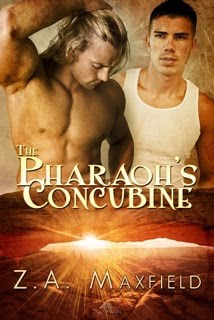 The other day, I dreamed I was responsible for teaching a cooking class. I don't remember why I was doing it. The students were mostly seniors, and it was a dream that had somehow spun off another dream. As usual, at the time it made perfect sense. :D

I think I had a huge pot of berries, all different kinds, fresh spring strawberries, raspberries, blueberries, and maybe some other kinds like Marionberries. I don't know why I was cooking them, except to concentrate them a little and make them pop. Maybe I wanted make them a syrupy to serve over ice cream.

I saw that they were still mostly whole, just shiny and warm and sweeter, as if the heat had concentrated their juices, but watery. I handed them off to my assistant -- someone in the group -- and said, “Go drain these off,” as if it were just a matter of pouring off water or something.

While he or she did that, I chatted with the group. We were talking about how a fresh berry topping is wonderful on pancakes and I invited the class with me to go to tan ice cream place to try it like that. But then a lady I didn't know brought my dish back to me and when I opened the lid, it wasn't whole berries, they'd been pureed, and there was something in them that made them the wrong color -- as if they'd added a dairy product.

I wondered how it would taste, so I tried it. Well. It wasn't the same as what I'd imagined at all, but I thought it tasted all right. Then someone else produced a giant bowl of whole-wheat pasta and said it would be best to serve my berry sauce on that. @.@

I woke up with the idea that the analogy of creating something, then having to watch and wait while others reduce it, add to it, and serve it up in ways I never dreamed is a lot like my work as a writer. Each person who reads my work, from agents, to acquiring editors, to primary editors, to line editors, and proofers will see an entirely different story. And they might need me to change it. (Seriously, I have discovered this is not necessarily a bad thing.)

Readers live in the same world I do, but we all have vast and varied experiences. When they sit down to read a book, they bring everything they know to the party. As each person reads my book they imbue it with layers and layers of different meanings, motivations, and messages whether I put them there or not. It’s a fascinating process, and not one for the faint of heart.

As a writer, the thing I hold on to, the thing I need to have on my desktop for when the going gets rough, is this quote from Franz Kafka:

Don’t bend; don’t water it down; don’t try to make it logical; don’t edit your own soul according to the fashion. Rather, follow your most intense obsessions mercilessly.

Even when I make changes, and I make a LOT of changes, it’s always with this thought in mind, because in the end, it’s hard to regret anything if you know you did what you knew in your heart was right.