Anyone who starts this journey of finding out their ancestral tree hopes to find someone of historical significance. I was no different. How cool would it be to discover a past president or a movie star is my cousin? My father’s paternal tree had been very straightforward, a progression of the name Cowsert in a very linear line dating from the time my ancestor sailed from Belfast Ireland to land in South Carolina. I focused on the direct descendants and left all the other children behind. With Ancestry.com it was very easy to find the documentation I needed.


A plethora of names pop up on my line (including another Cowsert…yes, two cousins married) but one name catches my attention…one of my two times great grandmothers, Lydia Twitchell. Her name to me sounded either Quaker or Puritan to me, so I researched further. Her grandfather was named Moses Twitchell, and his grandmother was a woman named Lydia Knapp. And it is this woman that I find my historical significant. Lydia Knapp’s mother was a woman named Mary Whitney and the Whitney line takes me back to the 1400’s and to the name of Katherine Cromwell.

Now, I have studied history, and when I came to the name Cromwell, I had THAT moment.  That what the hell have I just discovered moment. 1400’s in England, and yes, she’s part of that Cromwell family. Katherine was married to Morgan Williams whose mother was Joan Tudor.  Wait!  What?  If you know history then you know the Tudor name. And at this point, documentation is pretty much already done for me. To know that I am part of the Tudor line, albeit a very distant cousin many, many times removed, is still thrilling to no end.


The Cromwell name and the Tudor name are some of the most well-known and famous in English history. To come from that, down to my grandfather was who was a humble poor carpenter, is a wonderfully strange story. I am just as proud of that as I am proud of coming from the small town of Dexter, Missouri. 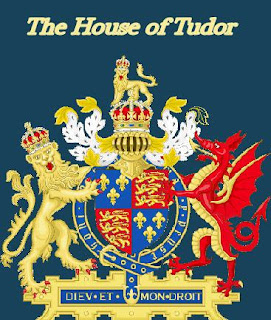