My ancestry journey began in the nineteen nineties, doing everything old school by sending letters to many different counties for the slightest bit of information related to any of my obscure ancestors. It was difficult back then because there is a pattern in the males of my paternal lineage of having two families in their lifetimes. They’d marry young, have a bunch of kids, the wife would die and then man would marry a much younger woman and start a new family. It’s amazing how generations repeat the same behavior, even my own father followed this rule of thumb for the Cowsert clan. I was his fourth child, born to his third wife, and twenty-two years after the birth of his third child. 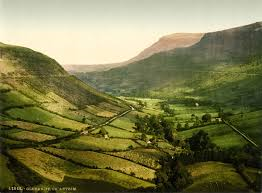 Ever since I was a child, going to the family reunion in Cave-in-Rock, Illinois, there was a belief that our family line came from Ireland. This was never substantiated, so when I became an adult, I took on the task of trying to verify this rumor. I got nowhere fast in my first venture before the internet, bogged down with trying to figure out children names and parentage, on a family tree that had many, many branches. I found out some interesting facts, like an ancestor that fought as a patriot in the American Revolution and a great-grandfather, George Washington Cowsert Jr., who fought for the Union in the War Between the States. I also learned my ancestors liked naming sons after presidents. 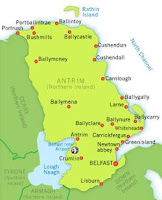 But I only got as far as my three times great grandfather, and I wasn’t able to verify what country he came from. So I put the research aside, until the internet grew and Ancestry.com became a huge database of records I didn’t have access to twenty years before. I signed up and spent a month glued to my computer, expanding a family tree that completely blew my mind. The most important discovery was the fact that I was able to verify my paternal father’s side came from Ireland, from Northern Ireland to be exact, in the year 1790. Two brothers, married to two sisters, and the rest of their family, landed in Chester County, South Carolina.


Finally, at last, I was able to prove through documents, the Irish heritage that had always been a rumor. County Antrim. I was more than ecstatic. It’s hard to describe the excitement I felt because growing up, I had a fascination with Ireland. The land, the people, the accent. The tales of magic and myth…one day I’d love to travel there and see where my father’s family came from. 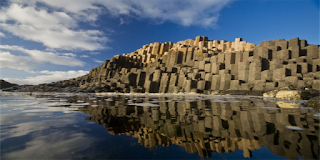 But Co. Antrim is a large place. And more research is needed to find out where in the county my family came from. Cowsert is not an Irish name, so where did the name originate? Was it a bastardization from an English name? Or a Scottish name? This is perhaps the only thing on my bucket list. To KNOW.