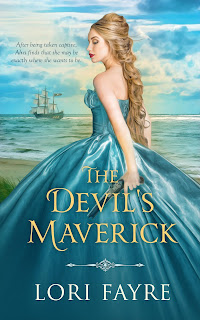 Hello Lori!  Thank you so much for visiting Written Butterfly with me today!  It’s such a pleasure to chat with you.  So tell me…

At one point, the ship is caught in a storm and James is telling Alva that she should go back inside where it’s safe. Alva says, “It’s never safe for me, is it? Yet, somehow, I keep surviving.” I think that really speaks to her character. She is constantly being underestimated but always pulls through. She’s a very strong person and I just fell in love with her as I was writing.

I’ve always been fascinated with pirates, so I’ve read a lot about them over the years. For this book, I found that more reading helped, along with some hands-on research. I attended a renaissance fair where a group had set up a sort of museum to pirates. They had actual weaponry from the eighteenth century and there was a historian in charge who I got to ask questions to.

In my opinion, my strongest asset is that I am a hardcore plotter, which means I don’t have to deal with writer’s block often. I’m also an underwriter, which is a huge weakness I’m trying very hard to overcome.

I tend to do stand alone books, but I always like to allude to others. It’s like a little Easter egg for readers. While they’re not expressly set in the same universe, if two books are set in the same time period or similar setting, I might make a little mention here or there.


Alva Grace Eastman is a young woman desperate to start a new life. But her plans are hindered when her ship is overrun by pirates and she is taken as a prisoner aboard The Diablo. With the notorious Captain Elijah Maverick as her captor, Alva doesn’t have much hope of escape, but that doesn’t stop her from trying. What does change her mind is when the dashing pirate captain saves her life…twice.


Now willing to give him a chance, Alva discovers that there’s more to Elijah Maverick than the reckless, carefree pirate she thinks he is. Not only is he a kind and compassionate person with an extreme distaste for the oppression of innocents, but he is also a man torn. Elijah is plagued with nightmares from his past, consumed with a quest for revenge and desperate for human comfort, which he believes he’s found with Alva. But he’s not the only one keeping secrets.


Alva’s dark past soon catches up with her, exposing her own misdeeds and need to protect the innocent. Together, Alva and Elijah face many forces that seek to tear them apart. From the Royal Navy to an obsessed plantation owner, the pair must fight for their lives, their love and their freedom. 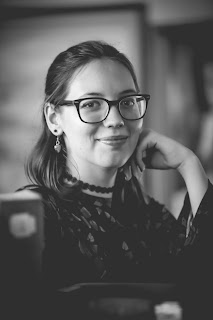 Lori Fayre was born and raised in a small South Georgia town. Her debut novel, “The Devil’s Maverick”, was a novel nearly six years in the making. An obsessive consumer of historical romance, Lori knew it was the genre she wanted to write. When she’s not writing, she enjoys reading, drawing, or binging Hulu with her husband and Yorkie. 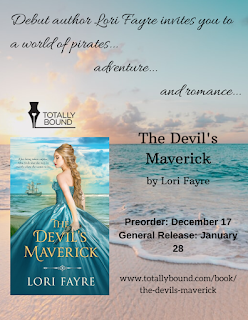