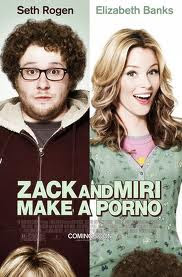 I have to confess, I am becoming a huge fan of Seth Rogan.

When he first hit the scene, I wasn't too much into him, mainly because his movies weren't my cup of tea. But then he did the voice on Kung Fu Panda, and then the Green Hornet, and now I'm starting to get him.

Written and directed by Kevin Smith, this is one movie that is definitely worth chuckling over (when the kids aren't home)!
Posted by Beth D. Carter at 8:12 PM