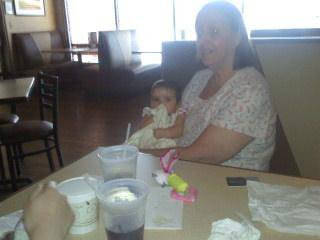 Digital books are gaining immensely in popularity—some people even think eventually print books will become obsolete. While I do see e-books continuing to gain in popularity, I do not see print books becoming obsolete—at least not any time in the foreseeable future. After all, we still have reference books not to count the ancient works that remain on library shelves. Of course, there are also those like myself and many other readers who still prefer the look and feel of print books.

According to the American Association of Publishers sales of books in all platforms increased 2.4 percent in December 2010 compared to December 2009 and 3.6 percent for the entire year. E-books saw growth of 164.4 percent over 2009 figure, a healthy increase and good portion of the market. Of course, it is unrealistic to provide figures for e-books without including other formats as well. Some of the other figures the AAP compiled for December 2010 include the following:

Does this mean we are inching toward a reversal to e-books? The figures don't seem to support that transformation at this time. While there is definitely a decrease in paperback and hardcover print books, there is an increase in audio books. This could mean there is an increase in the overall digital market and not just e-books. For instance, people can listen to audio books while they are driving but they cannot read an e-book or a print book when driving.

Looking to the Future

While e-books will definitely increase in popularity especially with younger readers who are more likely to embrace this new technology, print books will be available—at least in the foreseeable future—for those who prefer holding a book in their hand. There certainly are advantages to e-book technology, especially for those who do a lot of reading while they commute or travel. Having the ability to carry along many of your favorite books in a lightweight e-reader is definitely an advantage. Even those who prefer print books indulge in the pleasure of e-books while they travel or commute.

One of the problems that currently plague the e-book industry, especially when it comes to e-readers is compatibility. Writers that wish to make their work available to all potential readers must plan to make it available in several formats. I often hear writers say, "I just published my latest book on Kindle." Keep in mind Kindle is not the only e-reader available; there are many others including Nook, Sony and many more. If e-books are to survive the future there must be a way to make them more compatible with one another. Kindle, for instance, requires an add-on in order to allow users to read work in e-pub format (the format frequently used by online libraries). Other readers complain they have problems with the PDF format on their Kindles.

The technologic advances that have moved from simply reading e-books on a PC in PDF format to reading on a portable device that will fit in your purse are still fairly new. There is no doubt the technology is here to stay, but many—myself included—hope we will always have a choice between an e-book and a print book. It would be sad to have to take all those wonderful books that authors penned centuries ago and put them into the archives because readers are no longer interested in the work of past centuries.