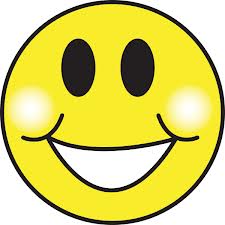 I had some fantastic news from Siren today…they are incorporating “Lawless Hearts” and “In A Chord” into one printed book!  The title will be "Entwined Hearts" and as soon as I get a release date I’ll tweet it!

Editing on my fantasy novel will be pushed back for a few weeks.  Right now I’m almost finished with book one in a planned three book ménage story about a woman who is clairvoyant, but her unique gift is she is only able to connect with murdered souls.  Book one will deal with one man, book two with the other, and then the final book will having them coming together.  Expectant date for publication is 2013.

Also planned for publication in 2013 is the sequel to “Love Story for a Snow Princess”.  The next book centers on Caleb Tasker, a laid back forest ranger who decides to take a vacation in Malibu, California, thanks to his friend Thea (Snow) Winters.  There he meets Delilah Ward, a woman who has fought for everything she has.  These two opposites are going to need a lot of patience to make their love work!

I’ll be participating in TRR’s LGBT Madness Hop Sept. 27th with a special prize to give away!  Also, my upcoming novel “The Song Bird” will be released October 10th, and I’ll be running a contest for a lucky winner to win a free ebook!  And October 19th I’ll be part of the Alpha Male Blog Hop with another chance to win prizes!

My next blog will be after the weekend.  Hope every one has a safe and fun Labor Day weekend!
Posted by Beth D. Carter at 1:40 PM