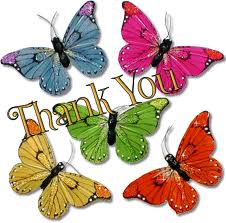 I’ve had a heckuva LOOOOONG weekend!

Writing has been flying on my next novel, set in town of Alecia Falls, Washington, a city I created which started in In A Chord and showed up again in my upcoming novel, The Song Bird.  This new book involves a murder mystery and a clairvoyant and a sexy Detective.

Plus I’ve got another story I’m working on as well, a sequel to Love Story for a Snow Princess.  I’m not ready to share all the details but I will say its Caleb’s love story, for those of you who have read the first one (or those of you planning to read it soon!).

And of course, the Olympics are on.  I LOVE the Olympics.  I was slightly disappointed by the opening ceremony.  I thought they were on par with the Torino opening…a lot of glitz but left you thinking “What the hell?”

I am happy to announce that I found an editor for a novel I wrote about ten years ago.  It’s not a romance or an erotica.  It’s a fantasy novel and it’s the first book I ever wrote.  Set at a little less than 160,000 words (wow!  That’s a huge book!), it took me two years to write.  I plan to self publish it and have it available on such sights like Amazon.com.  Work will begin at the end of August and I’ll have updates as it progresses.

As for the Hero Hop blog hop I was a part of…WOW!  I’m overjoyed at the positive comments and the number of people who visited with me and Paden Winters.  In fact, I had so many responses that I decided on three winners!  These winners were chosen at random by placing their names in a basket and my son (who is five) picking them.  And the winners are:

Again, my thanks to everyone taking time out to visit with me on the Hop!  I wish I could give everyone a copy of the ebook. Sometime in October my next historical erotica ménage titled The Song Bird will be published, so I will set up a contest to win that one!  Set in turbulent San Francisco era of 1855, it’s about a woman who travels there to find her missing sister and meets two enigmatic men.  PLUS I’ll be doing the Alpha Male Blog Hop on October 19th -22nd.

But I’ll be having lots more on my blog site so check back often or follow me on twitter @BethDCarter for updates!