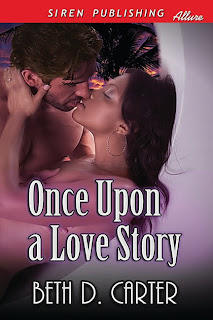 I grew up in the Eighties.  A fun time for a teenage girl with the emergence of Madonna and Cyndi Lauper (to name only two of the plethora or female singers).  We piled our hair high and used a can of hairspray a day.  The fashion of dangling earrings as big as dangling bracelets, fishnets under shorts, floppy bows, and large necklaces that said “Boy Toy”.

As a young girl I had such romantic ideas spurred on by the fantastical romance of Harlequin Present and LoveSpell novels.  Books that told of breathless passion between men and women.  I couldn’t wait to grow up and find that kind of love.  I was about twelve when I started writing my own romance novel, longhand of course.  My first typewriter was manual and my best friend was a new invention called White Out.

Romance females back then were girls I could relate to.  Most were secretaries, receptionists, nurses or schoolteachers.  The men were usually wealthy and hard-bitten, softened by love.  They whisk the girl away from her downtrodden job or life and sweep her into future of love, wealth and privilege.

As movies like “Working Girl” swept in a new generation of women’s lib, tastes started to change.  I started to read more stories with stronger females, love that had to be fought for, flawed heroes with emotions.  My perspective on romance changed.  In my twenties I thought I had found my hero, only to be disappointed.  And as my taste in what I read changed, so too did my writing.

Now I prefer flawed characters redeemed through love.  Heroes or heroines who may start out weak and use love to transform themselves.  In my current book, Once Upon a Love Story, my heroine has had a horrible life.  She’s a stripper who has a dream of obtaining her GED and thinks that once she does, life will be a bowl of roses.  It’s not, of course, but she does find a man who loves her for who she is.

Caleb Tasker lost his wife to cancer but it took him a long time to put her memory to rest.  Deciding he needs a vacation, he accepts the gracious invitation of living in his friend’s Malibu home for an over due holiday.

Delilah Ward grew up in rural Mississippi and ran away when she was sixteen, moving to Los Angeles with thoughts of being anything but the person she was born to be.  But reality settled in quickly and the bright lights of Hollywood soon faded into the dark abyss of dancing on a darkened platform.

(This is the sequel to Love Story for a Snow Princess.  Book Three titled Lights, Camera, Love Story is being written now!)