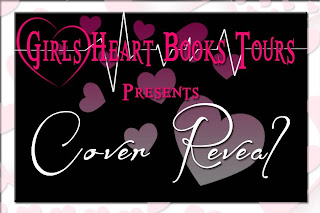 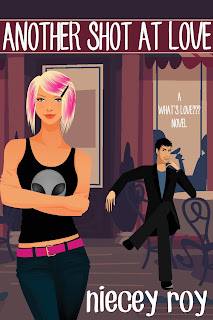 Blurb-
Imogen Gorecki has a problem—her twin sister just got engaged, and guess who’s the best man? That’s right, her scum-of-an-ex-boyfriend whom she caught cheating with a bottle-blonde, with fake breasts and a stripper’s flexibility. There’s a disturbing possibility her eyes will never recover.
Gen needs a date for the engagement party, but finding Mr. Perfect in a time crunch is proving impossible. Just when she’s about to give up, she face-plants into the crotch of the sexiest guy she’s ever met.

Matt Sesnick is everything Gen wants in a man —except he’s not interested in a relationship. Can she convince Matt to take another shot at love, or will Gen’s pregnant, hormonal older sister, her bridezilla twin, and all of her past Mr. Wrongs get in the way of their happily-ever-after?

About the Author-
Niecey Roy knew she wanted to be a writer from a very young age, but her moment of enlightenment came after watching the movie You’ve Got Mail. It was then she realized her place in life, and happily parked her butt on writing romance. Her dream was to create sexy vixens, hunky, half-naked heroes, and above all, romance; lots and lots of butterflies in the belly, breathless first kisses and happily-ever-afters.

When she’s not at her day job where she works as a legal assistant, she can be found at home at a cluttered desk, pounding her tired little fingers away on a keyboard with nothing but black pepper flavored sunflower seeds and Visine as her weapons for mass-romance-novel-creation. When her fingers need a break, you’ll find her at a table with friends, drinking a few martinis and showing off a new pair of (sometimes ridiculous) high heels. She’s usually the loudest at the table and most often the one snorting with laughter.

Niecey is the author of Fender Bender Blues, a contemporary romantic comedy published by The Wild Rose Press. Her new novel to be released November 2013, Another Shot At Love, is the first novel in the What’s Love??? series.