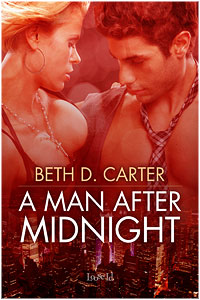 I decided to go back to one of my older novella’s titled A Man After Midnight.  If the title sounds familiar it should.  I got it from ABBA’s song “Gimme Gimme Gimme”.  When I listened to lyrics I thought they would make a great story.

A little known fact about this novella was the MacGuffin of the story.   In the original version, I put my experience of being in Times Square when the potential bomber who planned to blow it up was there.  Yes, the May 1st, 2010 attempted car bombing.  I was staying in the New York Marriott Marquis hotel and had walked out to go to a Broadway show of “Billy Elliot” when I saw police and the NYFD on the street.  I stopped and asked what was going on and the answer I got was fire hydrants were being checked.  Right.  I walked by that Nissan Pathfinder and remember it clearly, but I headed for my show and after a delay it started and I really enjoyed it.  It wasn’t until afterwards that I learned my hotel was evacuated and the potential danger I had been in.

“Excuse me, Miss,” said one of the theater ushers.
Caroline looked up from her Playbill and blinked at the smiling man. “Yes?”
“I’m afraid we’ve shown you to the wrong seat. If you come with me I’ll take you to the right one.”
He gestured to follow him down the almost vertical stairway from the upper mezzanine section, otherwise known as the nosebleed seats.
“Oh,” she said, frowning. “Are you sure? I’m pretty positive this is my seat.”
“Right this way,” the usher repeated with a patient smile and another wave of his hand.
Caroline smiled benignly to the people watching, gathered her purse, and stood. He led her down and through the back, using a side hallway that led to a curtained room. When he held the curtain open, Caroline took a step back.
“Isn’t this an orchestra box? I didn’t purchase this seat --”
“No, I did,” came Wren’s deep voice from the private room. “We wouldn’t have been able to see anything from outer space.”
Caroline smiled weakly at the usher and then hurried inside. The curtain closed behind her. “How did you know I was here?”
He held up Aldy’s unused ticket. “I upgraded.”
+++++++++++++++++++++++++++++++++++++++++++++

(As you can see, much different from a bomb threat!)

When her friend, Aldy, invites her for a weekend vacation in New York City, Caroline Grace jumps at the chance.

She meets the handsome and sensual Wren Calder, and is immediately swept off her feet by the powerful attraction she feels toward him.  She doesn’t hesitate to indulge in a one night stand, but Wren has other ideas.  He proposes a no strings weekend fling and Caroline decides it’s just what she needs to get over her divorce.

Wren slowly frees her inhibitions, opening her to a sexuality Caroline has long denied herself.    He shows her a world of voyeurism, the thrill of sex in public, and how she loves to be lightly dominated.  Overshadowed by the mistake she made in the past, Caroline leaves at the end of the weekend vowing to forget him. But she soon comes to the conclusion that getting over Wren is going to be a little more difficult than she thought, because she realizes just how much she’s fallen in love.