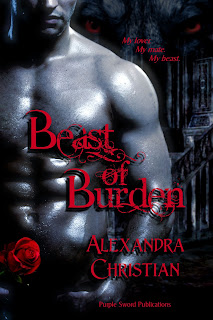 Hello Lexxx!
I must say, I’ve been delighted reading your bio and getting to know all about you!  I especially loved your anecdote about you and your husband being the Herman and Lily Munster of your neighborhood!

You mentioned that the superstition that tends to linger throughout the Southern culture influenced your writing.   Where do you get your unique story ideas to keep the paranormal genre fresh and exciting?

A)     The South is like a breeding ground for crazy people.  As Julia Sugarbaker once said, “We don’t hide our crazy people in an attic or an institution.  We display them proudly on the front porch.”  All I have to do to find interesting characters or plot lines is look at people and events in my own home town.  Southern Gothic, as a genre, has always been of interest to me because of the idea that a place that seems so idyllic can have a really nasty underbelly.  There’s something inherently creepy about a place where everybody knows everybody and has for generations.

OMG!  I just read your September 4th blog “The Objects of My Affliction, or When I Realized I was a Weirdo” and had to roll my tongue back in my mouth.  You and I have the same tastes in men!  Besides hunky English and Scottish men, what else gives you inspiration?

A)     Well what do you need besides hunky Englishmen?  My favorite meme of the moment says “Save a horse, ride an Englishman.” How true.  But I find inspiration in the world around me.  Art and music are essential for me as a writer.  Sometimes a turn of phrase, an instrumental passage of music or a small detail in a painting can set off a whirlwind of creativity.  I look for people and things that give me a clear picture in my mind or perhaps just frame something I’ve already got cooking.  I’m also a HUGE movie and television buff, so I find so much inspiration in those things as well. I’m always glad to share those little inspirational tidbits—come see me on Pinterest and Spotify.

Your newest book is “Beast of Burden” is a reimagining of the classic tale “Beauty and the Beast”.  Can you tell us a little more about Cianan and how he became a werewolf?

A)     Beast of Burden is set in a fairy tale like world with noble knights and lonely princesses.  Cianan Marek is the king’s most trusted and fierce knight.  In a war far beyond the farthest reaches of the kingdom, he is attacked by a mercenary, fighting for the enemy.  The mercenary is a werewolf and though Cianan escapes with his life, he doesn’t escape the curse of becoming a vicious creature of the night.  To keep his “condition” a secret, he is sent home to be the Lord Governor of the tiny village of Kaspar.  Everyone in the town fears him, having heard rumors that he is cruel and grotesquely scarred.  Of course, once our heroine Sascha comes on the scene we see that he is quite the opposite.

Well… except for that werewolf thing…

Thank you so much, Lexxx, for visiting with me today!

Sascha had been a slave of Kaspar all her life.  Having never known love, she sought refuge in the pages of books and the kindess of her old master.   When he goes off to the marketplace in a neighboring town, he offers to bring her a gift.  All she asks is a single, red rose.  Little does she know that such a simple treasure will change her life forever.

Rumored to be a scarred and cruel man, Cianan Marek has been searching for a kindred soul.  His life as warrior came to an abrupt end when he was attacked by werewolves in the Outlands.  Bitter and alone, he has been hiding a terrible secret since returning to Kaspar as Lord Governor.  In this adult retelling of the classic fairy tale, Beauty and the Beast, Sascha and Cianan learn the power of destiny and that some beasts lurk in the most unlikely of places.

Excerpt:
He shouted, pushing her forward again. She fell forward hard and struck her head on a root from the oak tree, feeling the warm blood bead on her skin and then start to weep down her forehead. She crumpled to the ground, clutching her head and whimpering groggily. She couldn’t even respond as he pulled her up on her knees, but could hear the rustling of fabric behind her as he fumbled with the laces of his pants. She closed her eyes, steadying herself for the inevitable, when she heard the low growling.
Lescoux must have heard it too, as he paused, letting Sascha go and walking toward the trees. “Who’s there?” he shouted into the dusky darkness of the forest.
Another growl answered, this time louder and more threatening. Whatever it was closer now, stalking them. Suddenly Sascha wasn’t sure of the lesser of the two evils. Raped and beaten by Lord Lescoux and left for dead, or devoured by whatever that creature was. “It seems,” she began breathlessly, still holding her head, “that you’ve awakened something in the dark more evil than yourself, Lord Lescoux.”
“Shut up,” he hissed, creeping around the edge of the clearing. “Whatever it is will go away if you keep quiet.”
Obviously Lescoux didn’t see the towering black wolf that trotted into the clearing. Sascha shrank, afraid to make a sound for fear of the animal seeing her. She suddenly remembered the story Anya had told her about Lady Isabella and her blood ran cold. She made a small noise and tried to back up on her knees behind a tree, but the wolf detected the movement and turned his head toward her. She froze, locking eyes with the animal. Its amber eyes stared at her with an almost human-like intelligence. Curls of breath emanated from its open mouth as it let out another growl of warning.
Ioin stood motionless and Sascha could see his hands shaking. What a coward, she thought. So brave while assaulting an innocent girl on her own, but pissing down his leg at the sight of a wild animal. He looked at her, his eyes pleading. She knew the beast had him cornered and would spring if he moved so much as a muscle. And though she wasn’t too keen on watching a man torn to shreds, she was certain this may be her only escape from Lord Lescoux’ designs.
“Sascha,” he said, his voice calm but quivering. “My dagger…” She looked down by her side and noticed that his sash and dagger lay on the ground where they’d been discarded in preparation of his attack. The sight filled her with rage and power and she fixed her gazed in a stoic expression. “Slave! Do as I say!” he hissed. “We’ll both be killed, you stupid whore!”
He took a step toward her and the wolf sprang, landing between them. Its roar was deafening and Sascha screamed, covering her ears. She thought that surely it was going to tear her throat out then, but instead the beast turned, taking a protective stance in front of her and snorting at Ioin. It was as if the wolf was waiting for the man to make another move. Sascha could see the powerful muscles of the animal’s back moving up and down with its breath and for a moment she was sure she could hear its heart beating. It made almost a barking noise at Lescoux as if to challenge him. Sascha could see that the man was terrified, still as a stone, afraid even to breathe. Ioin reached out for Sascha again, but the wolf roared again, indicating that this was as close to the girl as he was allowed to get. He backed off slowly, keeping his eyes on the wolf as he picked his way through the clearing and into the forest behind. The last thing Sascha remembered before swooning was the icy blue eye of the wolf, staring down at her.