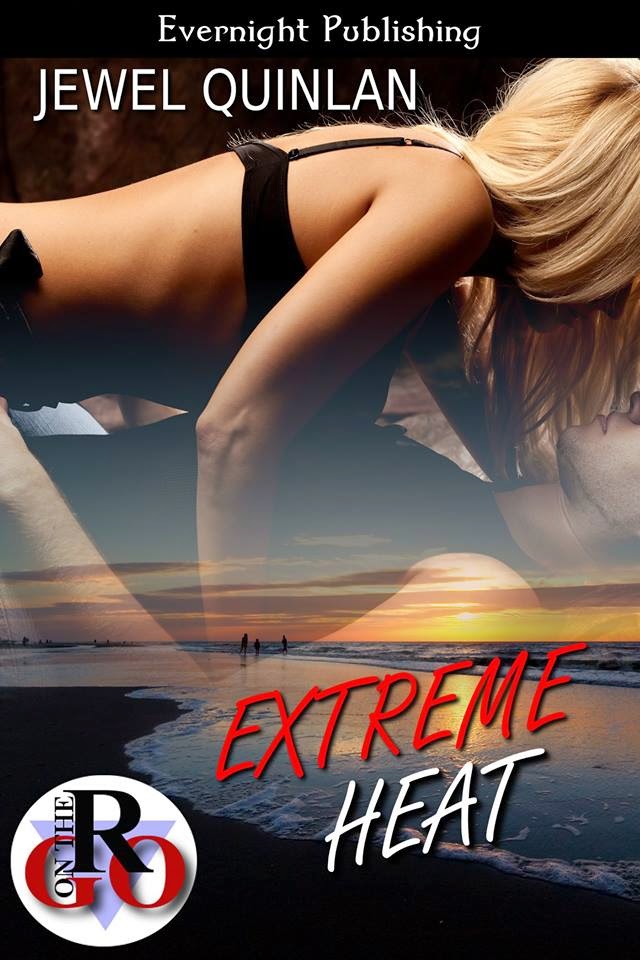 Hi Jewel!  Thanks so much for visiting with me on Written Butterfly!

Q: Your story is set in the world of Pro Kiteboarding…are you, yourself, a kiteboarder?

Unfortunately, I’m not, lol. I have a fascination with people who have jobs out side of the 9-5 office grind. So I had to do quite a bit of research for this one. Thankfully there are tons of resources on the internet. It has some resemblance to wakeboarding, which I do, but you don’t need a boat to drag you around which I think is pretty cool. I’m hoping to try it someday soon.

Q: Can you tell us a little about the sport, and how is one judged in a competition?

Like all sports, kiteboarding has its own organizations so a lot of the information I go came from them http://www.prokitetour.com/. I’m no expert but there are different events in the World ProKite Tour; freestyle, waves, race and speed. In this particular story Kai competes in Freestyle and scores points based on the tricks he performs. In freestyle the judges can award points for each trick from 0.1 to 10.0. In the competition they are allowed to attempt 12 tricks per heat and only the best 5 tricks with the highest individual scores count towards the final score. There are tons of tricks they can do and they are categorized in the freestyle rules on the PKRA World Tour website. Competitor’s year ranking is determined by the cumulative adding of their event points.

I was actually writing this story to be part of an anthology titled The Bad Boys of Summer but then changed my mind about submitting to it when they changed the royalty structure. So coming up with Kai and Chloe was a function of my trying to think of something hot and summery, lol. As I said earlier, I love writing characters with unusual jobs. For my day job I drive quite a bit and often pass by a kiteboarding beach in Ventura CA. You can see the kites from the freeway and every time I do it makes me wonder, so my muse just picked up from there and ran for it.

Q:  What's your favorite line in the story?

“Do you like that?” Kai asked, his voice low and gruff.
“Yes,” she whispered.
“Good. Because I’ve been wanting to touch you for a while.”

Before I go I also wanted to mention that Extreme Heat will be available in audiobook format this May, 2014 through Audible, Amazon and iTunes.

Fully grown, pro kiteboarder Kai Shephard is a tough competitor used to going after what he wants…and getting it. When he catches sight of Chloe in the crowd with her camera, nothing can stop him from trying to be with her again. Except Chloe, that is. Would she see him for the man he is now?

Where you can buy Extreme Heat:
Evernight Publishing | Amazon | All Romance e-Books | Barnes and Noble | BookStrand | Apple iBooks | Sony or add it to your shelf on Goodreads

Excerpt:
“I’m glad you’re here, Chloe.”
“You are?”
He turned his head toward her and looked into her eyes, his hands pressed into her back, drawing her closer. “Because I’ve thought of that night hundreds of times.” His words were loaded with meaning.
Chloe skimmed her eyes over his handsome face. He was positively smoldering with emotion. She swallowed hard. This was the moment, the one she would never forget. Her eyes locked on his and her mind churned over the different signals and sensations her body was picking up.
“Have you?” he whispered.
They were so close. His lips were right there, and he could kiss her any second. His deep, dark eyes were drawing her in.
She nodded.
He lay still, waiting, but she said nothing more. “You have to give me more than that,” he said. “I still don’t know what happened. I thought you liked it when I kissed you.”
Anxiety filled her. It was time to come clean. What would he think of her reasons? How would he see her after she admitted what a weak person she was? “I did,” she said blurted. “It was just….”
His clasp on her back remained firm and he turned his body to face hers so their fronts were pressed together. “Just what?”
Chloe could feel her face filling with the heat of embarrassment. Did he really want to talk about it? “It was just…school and my friends and….” She stopped and buried her face in his chest, not wanting to say anything more. He smelled so good. The warm scent of athletic male and ocean breeze.
He grasped her chin with his hand and lifted her face. “What else?”
Looked like she wasn’t going to be able to get out of explaining. He had that earnest look in his eyes again, the one she remembered from long ago.
“I need to know,” he said.
She couldn’t deny him. “Our age difference,” she said with a wince.
“Seriously?” His breath whooshed out with his surprise. “I mean, I know you’ve made comments about it before, but that was the reason you wouldn’t talk to me anymore?”
“Yes. No. Sort of,” she said in a rush. “Couldn’t you see how strange it would have been?”
“No.”
She sighed. “Of course not. You are such a male. If you were a teenage girl you would understand.”
“What is there to understand?”
She pulled away from him and lay on her back once again. “All the pressure,” she said. “To fit in, to be cool, to be part of the group.”
“And you and me would have been a problem?” he asked, sounding hurt.
The tone in his voice caused her long-held guilt to well up. “Not a problem, exactly. Just…not usual. I don’t think the guys in the senior class we always hung out with would have accepted you even if some of my friends had,” she explained. “Come on, Kai. I’m sure you remember what it was like being a teenager.”
He ran a hand through his hair and stared up at the stars. “I do but what I don’t remember is ever having problems fitting in.” After a moment he gave a great exhale. “Okay, sure. I guess I can understand. Not that I’ve ever lived my life caring about that stuff, but…I get it. I don’t like it, but I get it.” Using the arm still cushioning her head and shoulders, he turned her to face him again. “But you did like me then?” he asked.
She nodded.
He smiled. “And what about now?”
She felt shy and squirmy under his gaze but admitted with hesitation, “Yes.”
He beamed at her response. “And does our age difference still bother you? I’m twenty-one and you’re twenty-three. We’re always going to be a couple of years apart.”
She looked away from him feeling very shy and hating it. He still liked her? Was it possible after she’d rejected him? A small thrill shot through her stomach. “No. Why should it bother me?” she said, with a small shrug. Chloe was sure she looked braver than she felt.
“Because I want to be with you, Chloe. I want what was lost to us before.” He searched her face with his eyes and then added in a low voice, “And because I’m going to kiss you.”

From a young age, Jewel Quinlan had an abundant imagination and strong desire to write novels.  She particularly enjoys writing paranormal and fantasy romance. An avid traveler, she has visited fifteen countries so far (which she enjoys using as settings in her novels) and has plans to see more of the world. She has a particular fondness for Bavaria and studies the German language as one of her hobbies. During the day, she works as a pharmaceutical sales representative and, at night, she writes romance. She currently lives in Orange County, California with her two dogs; Shimmer and Penny.