Blast from the Past...Spotlighing "Capturing the Moment" by Delilah Night 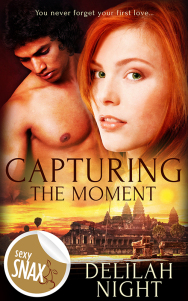 You never forget your first love…

Meg and RJ were passionately in love. But that was six years and a broken engagement ago.

Meg has only one day in Siem Reap, Cambodia, before she must leave for her sister’s wedding in Bali. She fulfills her dream of taking a photograph of the sun rising behind Angkor Wat, one of the oldest temples in the world. But her joy is short-lived when she turns around to see RJ standing behind her.

RJ threw himself into work after Meg ended their relationship. He’s built a successful business, but it’s a hollow victory. He’s come to Siem Reap to win back the woman he’s never stopped loving. But first he has to convince her to spend the day with him.

Meg is as physically attracted to RJ as she ever was. Maybe the secret to finally getting over him is a one day only, no strings attached fling.

Can RJ win Meg back, or will she love him and leave him?

1.       Did you plot this book out or write wherever an idea took you?
I visited Cambodia in 2014, and I used my trip as the bones for Meg and RJ’s love story. I also understood where they were at the start of the book and where they’d be at the end. But I am a pantser by nature and most of the book took me by surprise. I didn’t know anything about their past relationship until I was writing the book


2.       What was your hardest scene to write in this book?
There is a fight, where Meg and RJ have to confront their past if they ever want a future. I was sobbing as I wrote it. Even when I reread it, I feel all of the emotions I felt when writing it.


3.       Did you hide any secrets or Easter Eggs?
I’m an amateur photographer, so all the photographs that Meg takes are photos that I took. I have shared some here, here, and here.


4.       Since the publication, what would you say has improved in your writing?
I think I am less afraid of longer works. At the time, Capturing the Moment was the longest story I’d ever written, and it felt like running a marathon after only ever running 10ks. But having actually completed it, and having it published, gave me the confidence to sit down and write a novel. Capturing the Moment is roughly 25k words and my new novel is three times as long.


5.       Did you leave out anything in this book that you wished you hadn’t?
I wish I’d had the confidence to extend the story. If I had, then we could have more from Meg’s sister who is one of my favorite characters. If you read the book you’ll see why! 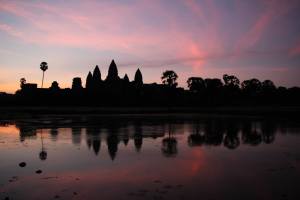 The first time RJ had kissed Meg was in the university library. Meg, Rachel and a group of Rachel’s friends were studying together. RJ had volunteered to go into the stacks with Meg to look for a source for her research paper. When he’d bent to examine the call numbers of the books on a low shelf, Meg had allowed herself a lengthy appreciation of the way the denim stretched over his butt.

You can’t grab his ass without an invitation. Put your hand down.

“Here it is—” The words had died in his mouth when he’d looked at her.

Meg’s pulse had pounded in her throat. He flirts with everyone… Does he like me? Or is it just that I want him to?

Brown eyes that had always sparkled with mischief had darkened with arousal. RJ had put the book on a shelf and he’d invaded her personal space. He had been so close that Meg’s breasts would have brushed his shirt if she’d inhaled too deeply.

He had leaned in. Meg had closed her eyes. Her skin had been so sensitized she could’ve sworn that she’d felt every stitch of every seam of her clothes. Especially her panties. It had been as if she could feel the individual flowers printed on the cotton of the bikini briefs. RJ’s lips had been gentle, hesitant. Then Meg had wrapped her arms around his neck, pressing herself against him.

The kiss had gone from zero-to-sixty in the space between one heartbeat and the next. Gentle had become hungry. Breathing had been no longer necessary for survival—only touching and being touched. When his thigh had slid between hers, Meg had shamelessly ground against him.

Rachel’s lips had curved in a sardonic smile. “Oh wait, I needed a book from the fourth floor. This is the third. My bad.” She had turned and strolled off, but her voice had floated back to them. “And no, Romeo, I won’t give you my sister’s number. Looks like you have pretty good odds of getting it if you ask her, though.” 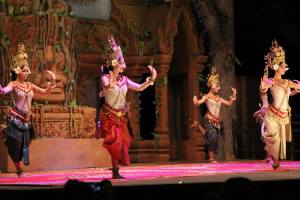