Q & A with Nicole Morgan!

Hello Nicole!  Thank you so much for visiting Written Butterfly with me today!  It’s such a pleasure to chat with you.  So tell me…

I felt like we’ve had so many alpha males in the leading roles of romance stories that I wanted to change things up a bit and depict an alpha female. A tough cookie who is hard to rein in. J

The female lead, and her almost obnoxious persistence was inspired by a television movie character of the eighties. But I’m going to keep who under wraps. LOL

I need to turn everything off. Social media. The television, the radio, everything. I need to be able to focus on the story itself without any distractions.

Thank you so much for having me here today. It was a pleasure chatting with you. J 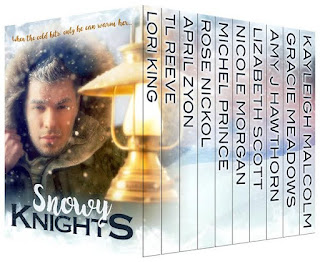 Snowy Knights Anthology: 10 Suspenseful Contemporary and Paranormal Romantic Rescue Stories
When the cold hits, only he can warm her…
This December, snuggle up with 10 BRAND NEW romantic rescue stories! From literal heroes in the snow, to the bad boy whose soul is saved by love. These sexy stories will burn up your e-reader while melting your heart.

STORM OF SEDUCTION
By Nicole Morgan
Lori Hammond wanted for nothing. As the only heir to her family fortune she’d learned at a young age she only need ask for whatever she desired. All the money in the world hadn’t gotten her the one thing in life that she’d wanted most, Kevin Preston.
As the head of The Gilpin Search and Rescue Team, Kevin knows the dangers that a Colorado blizzard can bring. And with one looming closer to their patch of the Rocky Mountains he and his team prepare for the worst winter storm to hit their county in decades.
Hearing of the blizzard, Lori concocts a scheme to get exactly what she wants. But, will her plan be the thing that brings them together? Or will the rewards not be worth the risk as their very survival hangs in the balance? 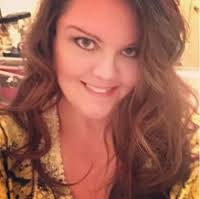 Author Bio
Nicole Morgan has been writing since 2009 and is an author of romance novels, which more often than not have a suspenseful back story. Erotic romance mixed with good old-fashioned whodunit. While she’s written everything from contemporary to paranormal, her leading men will more than likely be wearing a uniform of some kind. From military to police officers, she has a love for writing about those who protect and serve. From her very first novel (which turned into a four book series) about Navy SEALs to her more recent releases you will be sure to find a few twists and turns you were not expecting.

Nicole also writes under the pen names of Taylor Brooks and Nicki Day.