Q & A with Sondra Bateman! 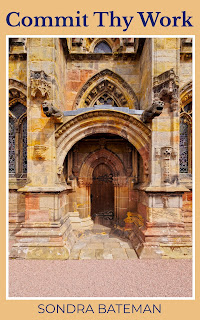 Hello Sondra!  Thank you so much for visiting Written Butterfly with me today!  It’s such a pleasure to chat with you.  So tell me…


I really didn’t have to dream up the dynamics.  Because I write historical/literary fiction that borders on biography I get to write about the crazy things that people have done.  People think that we’re different now.  I’ve come to realize that we really haven’t changed, which I’m glad about.  If we had, then there’d be nothing to write about, plus we all know the adage that truth is stranger (or more entertaining) than fiction.  Well, it is true.


I wrote the story of William Sinclair.  He’s the man who had Rosslyn Chapel (of The DaVinci Code fame) built.  What’s interesting is how close he was to the Norwegian crown.  He could have become King of Norway, but he never did, and I think I know why which I go into detail of that in my novel.


I’ve had people comment that my dialogue sounds authentic, and then they ask how I manage to do it.  I know it sounds odd, but I hear the conversation in my head and then put it down on the paper.


I actually write the way the story played out in real life.  I just embellish the events with dialogue and extra little things here and there.


Nope, most are already fully formed when I get my hands, or fingers, on them.


Each will be stand alone, sort of.  Actually it depends on how long, or complex the story is.


There are too many to count!  I’m in the middle of writing my duology, and I’m already beginning research on the story after that.


In a world full of political machinations of the Scottish Royal court, this novel follows the life of William Sinclair, 3rd Earl of Orkney, 1st Earl of Caithness, and Baron Roslin through his life. Starting with him when he was twelve years old and standing before King Eric of the Kalmar Union to request the right for him to be recognized as the Earl of Orkney, to the marriage of James Stewart, the third King of Scotland with that particular name. From the assassinations of James I and James II to the Black Dinner and its fallout, William Sinclair was privy to many of the events that Scotland, England, and the Kalmar Union went through, for Sinclair while being the highest ranked noble in Norway, could have become its king if he presented himself to the nobles in Copenhagen.


Gathering my wits about me, I took a deep breath.  Before I could answer, Alexander Sutherland addressed the soldier behind me.  “Return his sword.  He is the uncle of the murdered Earl.”


Turning, I reached out my hand.  The soldier who still held my weapon fumbled for it while trying to apologize.  When I was finally alone with the laird I frowned.  “I would not have him, or any of the other guards punished.  They must have come from the Douglas lands for none recognized me.”


“I should have made sure that the soldiers guarding the camp know who are with us.  Apparently none of them did.”  The laird indicated one of the chairs with a sweep of his hand.  “I though you were still at Roslin.”


Taking a seat, I shook my head.  “Angus came by during Advent and he stayed through Epiphany.  It was only after he left that I heard about this.  I’m not all that surprised, because the Dowager mentioned about the grumblings within the clan.”


“Really?”  This was different.  “From his actions when he was at Roslin, I would have thought he returned to his Earldom.”


Sutherland gave a short laugh.  “That?  Roslin, that is how he learns what is happening around him.”


Alexander moved around the table and leaned forward so that his hands were flat on its surface.  “You know that the King is at Stirling and being controlled by Livingston, and maybe even the current Douglas.  Right now it’s Lord Chancellor Crichton.”


Slouching in my chair, I closed my eyes.  “Do you think he was the one responsible?”


“The clan really doesn’t care at this point.  They’re out for blood.”