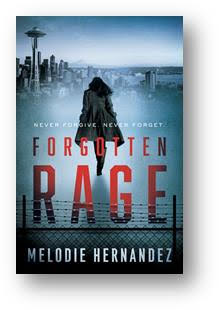 Hello Melodie!  Thank you so much for visiting Written Butterfly with me today!  It’s such a pleasure to chat with you.  So tell me…


It really was a work in progress; I knew I wanted conflict but a little romance and revenge. I wrote the book a few different ways before I settled on what I wanted. I had to give them struggles, fears, victories and back stories. I wanted people to relate to them throughout the book. Some personalities were based on people I’ve met and other I made up from scratch. It was a great experience to tie it all together for the book.


I’m hoping to start “The Forgotten files” Starting with Forgotten Rage, I’m currently writing the next Forgotten Pain, which has the majority of the characters back. I’m excited to further develop the characters from the first book but add a new conflict/crime


I named one of the bad guys in my book after a bully that bullied me in junior high and highschool. It felt good to get justice in my book.

My strongest asset is I write from the heart, I story tell because I recognize a lot of people like to not only read the story but experience it as well.

Weakest would be point of view. My editor had me rewrite a lot because I jump point of views which can be confusing and as a rookie writer I was unaware I was going it until my editor pointed it out….about a hundred times or more!


I try to be as original as possible.


The first book Forgotten Rage I wrote as the story came to me, no character profiles, no outline just as I found the time. This next book is more regimented, profiles, outlines, notes and much more research will be going into book 2.


Even though the “series” would have a lot of the same characters, any reader could read the book separately and enjoy the story as is without having read any of the other books. But I’d love them to be enjoyed as a body of work.


Q) What are your upcoming projects?   The next book is Forgotten Pain. I was thinking of rewriting the first novel I wrote but lost. The idea has stayed with me for over 20 years and I want to write it out even better and publish it as a stand alone book.


As Seattle’s homeless population surges, a serial killer thrives. Slicing the throats of those unfortunate enough to be living on the streets and discarding them like garbage.


One man, familiar with the streets of Seattle, gave up a rich and successful life when his wife was brutally murdered. He went off the grid to live a life of nomadic freedom only to re-emerge into society seven years later amid the killer’s rampage through the Emerald City. The question is has he returned to help catch a cold-blooded killer or to avenge his wife’s death by taking victims of his own?


Luz Santos – one of Seattle’s finest homicide detectives – relentlessly seeks clues as to who would harm the displaced residents of her city. With each new phase of the investigation, she uncovers information that turns the killer’s focus towards her and those she cares about. Fiercely determined to catch the murderous maniac Luz pushes herself to the breaking point. With her career, her heart and the lives of so many on the line, will her sacrifices be enough to stop this butcher? Or will she, too, become a victim of forgotten rage?


It’s also on B&N as ebook if you have a nook:  https://www.barnesandnoble.com/w/forgotten-rage-melodie-hernandez/1129214617 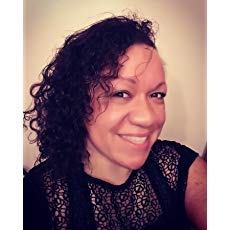 Melodie Hernandez was born in Rhode Island and has settled in the Pacific Northwest for the last 25 years.


As a married mother of three, her life is a busy mix of family, friends and adventure.  She began writing at a young age and has written 2 novels, a few short stories and is a published poet.


Melodie enjoys many hobbies including reading, dancing, playing the drums and traveling. There's nothing she enjoys more than spending time with family and friends.


Melodie is an avid reader and writes mostly crime fiction. She  self-published her first book Forgotten Rage in August  2018
Posted by Beth D. Carter at 12:30 AM