Troy Christensen Chats About his novel, The Tome! 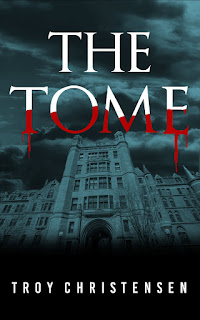 Hi Troy! Thanks for visiting Written Butterfly! So tell me....


Ironically, my story took shape from a dream I had.  I also based the main character on myself a little bit, at least in the beginning of the book.


The Tome is a standalone story. However, several people have mentioned that it might be an interesting prequel to a novel. So, maybe one day, I’ll write more books based on this short story.


Throughout the story, I sprinkled a few references to other well-known books, such as Lord of the Flies.


My strongest assets are my imagination and descriptive voice.  My weakest factor would be relearning the rules of grammar. Unfortunately, it’s been a long time since I graduated from college!


I strive to give the readers an original story with exciting plot twists!


When I write my stories, the characters come alive with each sentence I put on paper.  Oftentimes, I won’t even know a single fact about a character until I sit down and start typing. Suffice it to say, I’m a pantser author.


I have three full-length novels that I am trying to complete. They’re part of a YA sci-fi trilogy. I also have half a dozen short stories swirling in my mind at any given time!


Nerdy teen Jimmy Jason spends most of his school day hiding from his tormentors behind a fortress of books. In need of a change of scene, he ventures out to a new bookstore believed to cast a darkness around town. And it’s within these walls where he discovers an ancient tome. Buried in its pages are magical secrets on how to manipulate the minds of others. Will Jimmy choose to use his power for good, or to exact revenge?


In 1980, Troy published a little book called Phantasm Adventures. Perhaps 50 copies of the game were printed. Phantasm Adventures is a role-playing game with a unique set of rules that include personal and racial statistics allowing for equal play of huge giants to tiny sprites. With more than 200 skills and dozens of professions, it’s a rich and complicated game system. The magic casting system is utterly unique with no two wizards in the game being alike. There are 12 circles of magic with each having ten or more spells.


In 1984, Troy wrote his first adventure module for V&V called The Devil's Domain. The adventure centered upon a demonic figure trapped in another dimension trying to escape to Earth and a group of stalwart heroes trying to stop him. The following year, he released a compendium of super villains for V&V called Most Wanted III. And finally in 1986, he released his third and last V&V adventure called The Dawn of the Devil. 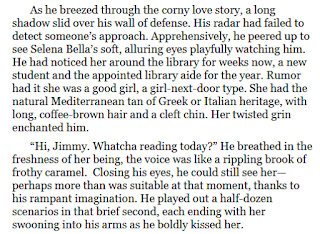